Hello, Vanessa here! I’m just a thirty something living in Brooklyn, NY, trying to keep it vegan while enjoying life as a new mom, wife, and cat lady.

I’m starting this blog as a creative outlet and space to sort out my thoughts on being a meat free mama in a not so meat free world. If I can share some yumminess along the way, then all the better. But before we get to the food, here’s a bit about my journey to becoming a meat free mama.

I ate meat until sometime in 2011. My life at the time seemed to revolve around food – going out for dinner and drinks, having friends over for a home-cooked meal, and traipsing all over Brooklyn documenting delicious eats for my then food blog, the now defunct Yummy Brooklyn. Unsurprisingly, this was accompanied by a bit of a weight gain. It was like the NYC foodie equivalent of the freshman 15 (on top of the actual freshman 15 that I never really lost). I was having loads of fun, but I didn’t feel great.

I needed a manageable change and found it through social media when I happened upon Meatless Monday, a campaign aimed at reducing the world’s meat consumption by 15% for health and environmental reasons. Eating lighter, vegetarian fare one day out of the week seemed like an easy way to kick-start some much needed healthy habits, so my husband and I decided to participate.

Meatless Monday quickly turned into Meatless Tuesday, Wednesday, Thursday, Friday, Saturday, and Sunday. I didn’t miss the meat in my meals or all that was involved in cooking it. And with all of the delicious veggies and plant proteins out there to play with, I easily said goodbye to meat. Maybe I never liked it that much anyway.

Later on I was looking for a Social Media Manager job and discovered that The Monday Campaigns, the non-profit behind Meatless Monday, was hiring. Coincidence? Probably! But it also felt like it was meant to be.

I started working at TMC in March of 2012 and dove head first into the subject matter, reading books like The Omnivore’s Dilemma, Skinny Bitch, and Fast Food Nation. I watched documentaries like Fat, Sick, and Nearly Dead, and Food Inc. Every day I browsed tons of mouthwatering meatless recipes and photos online, and read about new studies extolling the health and environmental benefits of meatless eating. Not only was I inspired to keep to my meat free commitment, I was excited to become an advocate of meat reduction for those not ready or willing to take the plunge themselves. 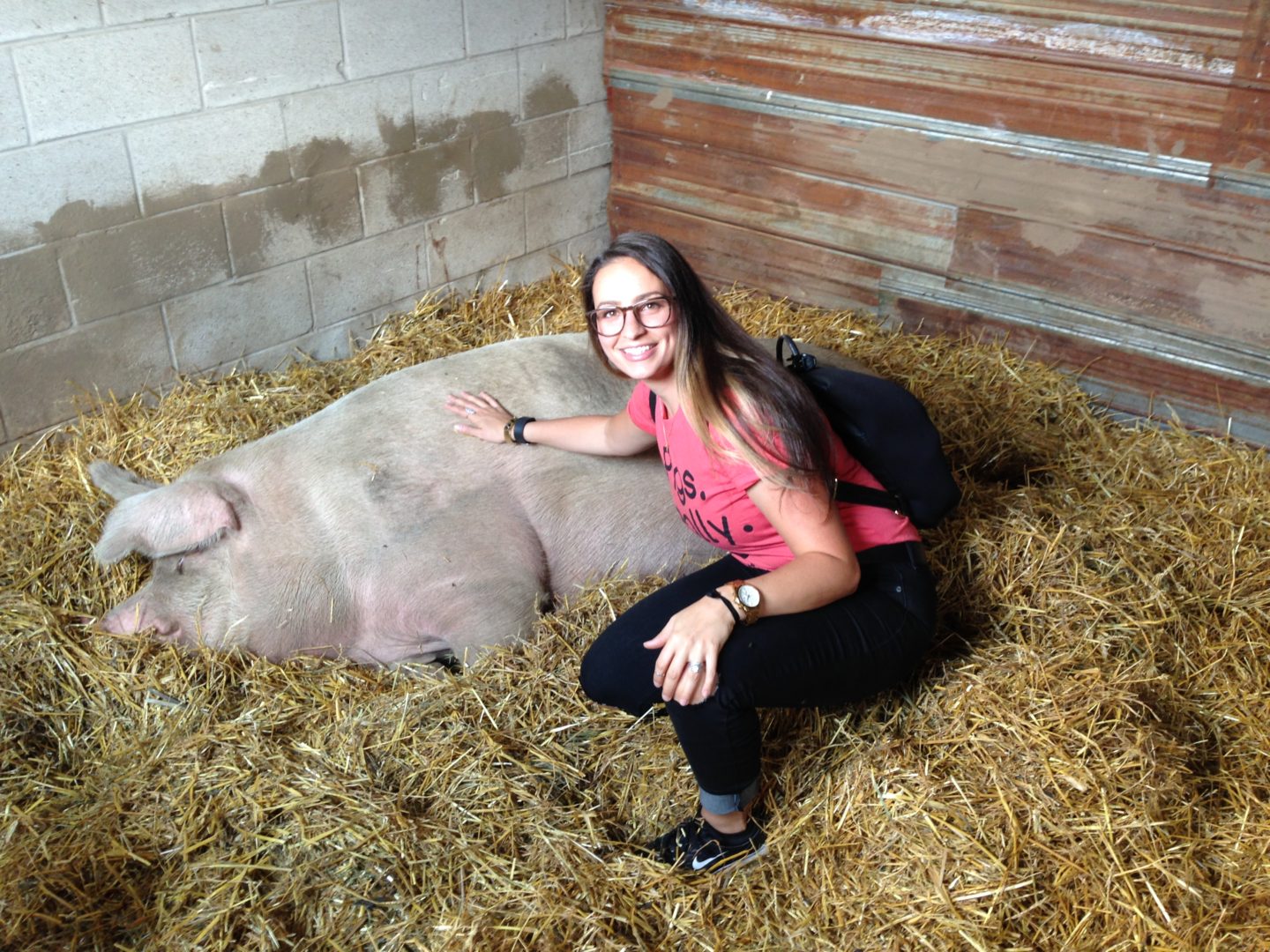 Although I initially went meat free for health and then environmental reasons, I soon realized that not eating meat made a lot of sense to the animal-lover in me and began to also embrace the ethical reasons for going vegetarian. I started keeping up with animal welfare organizations like Humane Society, COK, and yes, even PETA. One heart-wrenching video at a time my eyes were opened up to horrors that animals face in factory farms, whether or not they were being raised for meat, egg, or dairy production. Something else was starting to make even more sense to the animal-lover in me: going vegan.

I made the leap (cold Tofurky!) on January 1st of 2014, and it was actually a pretty easy transition. I didn’t miss cheese or feel deprived. Pinterest provided endless plant-based inspiration to fuel my home-cooking, and living in NYC I had all kinds of vegan food at my fingertips. And while I didn’t have any vegan friends, I had vegetarian ones, and was quickly finding the extra support I needed online thanks to Twitter and groups like #VegRunChat.

Fast forward to the spring of 2016 when I got pregnant. My husband and I were very happy, but it was a bit of a rough ride for me, especially in the beginning. I had morning sickness for the first trimester, often nauseous but not throwing up (although that eventually did happen). I didn’t have cravings, but ate a lot of carbs as breads and pastas were the easiest foods for me to stomach. Poor me, I had to eat sooo many bagels.

When the nausea let up in the second trimester (yay!), the headaches started (boo). I had them constantly and more often than not could be found laying in bed, surrounded by cats, with an ice pack on my head. The headaches lasted until 20 or 21 weeks, so all in all I spent the first half of my pregnancy feeling pretty ill. Thankfully things improved from there and during the third trimester I felt pretty good, dealing mostly with pesky symptoms like heartburn, achy hips, and constantly having to pee.

I am proud to say that I kept to a meat free diet throughout my pregnancy, and for the most part stayed vegan as well. What did I eat that wasn’t vegan and why? I enjoyed a couple of servings of fish each week, usually salmon, as it has been shown to be beneficial to the baby’s development. I also had eggs and dairy on occasion, but mostly when the situation called for me to be flexible but still get enough to eat, especially during the third trimester when I became insatiable. For example, if we were going out to eat somewhere where the vegan options were not substantial, I would opt for something vegetarian. Though this wasn’t without some inner conflict, I didn’t want to be too hard on myself, and it felt like the right thing to do.

Tripp Everett was born on December 9, 2016 and now that we have a healthy baby boy, I’ve started to think about the next pregnancy and how it might be different. I’ve got my fingers crossed that the morning sickness and headaches won’t be as much of an issue, and I’d also really like to keep it 100% plant based – something I’ll write about here. 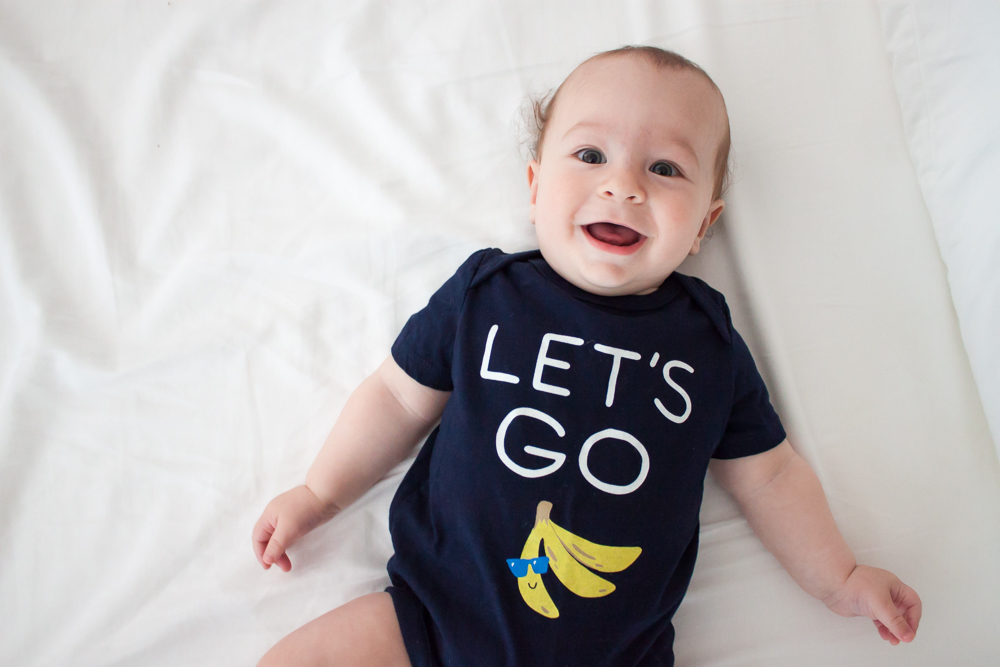 The first few months of raising this adorable tiny human were truly bananas – each day a jumble of sleep deprivation, non-stop breastfeeding, and diaper changes. Now that we’re 6 months in, things have sort of calmed down and we’re getting into routines – naps that happen with some level of consistency, and even a regular-ish bedtime. Up until this point our son has been exclusively breastfed, but I’m excited to report that we’ve recently begun introducing him to FOOD! I’m also back in the kitchen more, cooking our favorite vegan standbys while devising new meat free meals to nourish our growing family.

You may be wondering if my husband is vegan and if I plan to raise my kids vegan. Although he is happy to keep our kitchen vegan, and will often opt for vegan meals outside of the home, my husband is not a vegan or even vegetarian. And while he wouldn’t put any label on the way he eats, I’d describe him as flexitarian or someone who keeps to a mostly mediterranean diet. So, in regards to raising vegan kids, we’ll see. What I do know is that I will feed my family a healthy, meat-free diet at home, and teach them to be kind to our planet and all of its creatures. But more on this later. 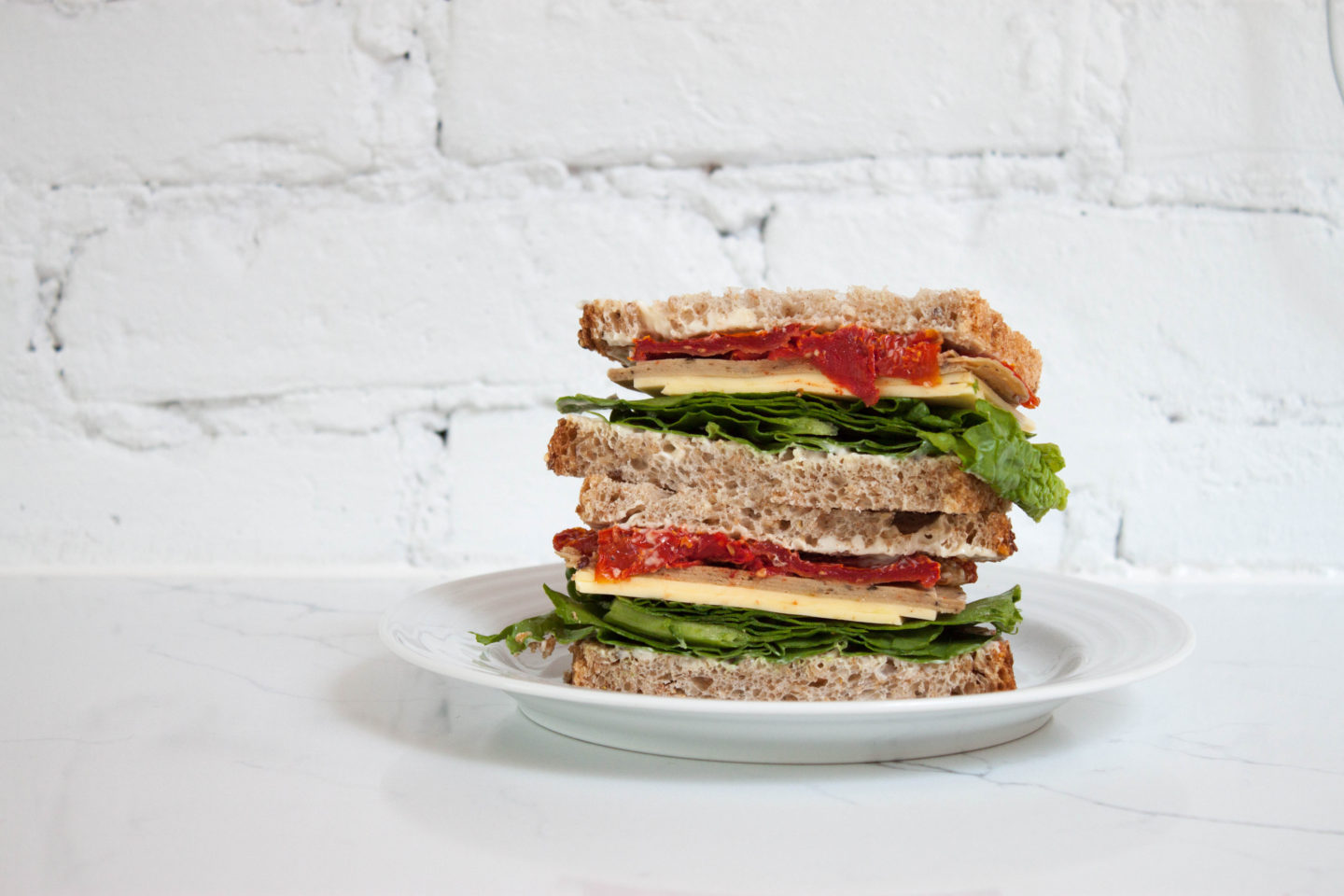 Now that you know a little bit about my meat free history, it’s time for me to get blogging. The name says it all (anything meat free or mama related is fair game), but here’s a more specific rundown of the topics I’m hoping to cover.

Is there anything else you’d be interested in seeing here? Please get in touch by leaving a comment below or filling out the contact form. I’d also love to know who’s out there, so please say hello!

Thanks for reading and hope to see you again soon! 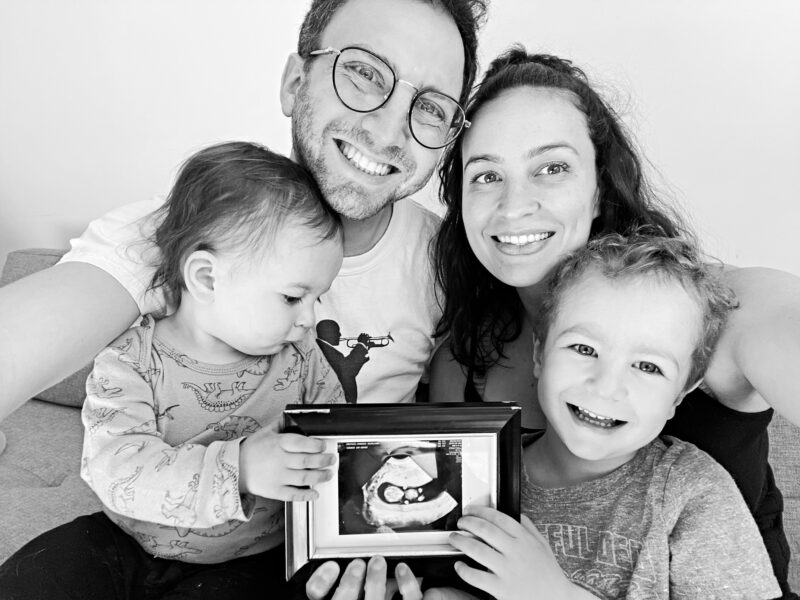 Hi, I'm Vanessa Protass aka Meat Free Mama! I'm a plant-based/vegan mama to two little boys with another one on the way. IIN student, #MeatlessMonday advocate.